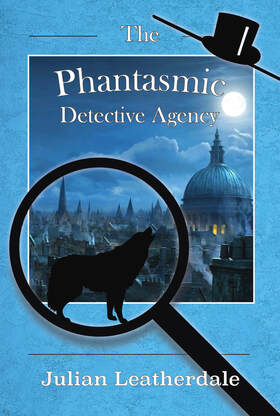 Available in all good bookshops around Australia.
You can also buy the book online here, postage free!

Julian Leatherdale was a novelist, scriptwriter and playwright. His theatre work includes four comedy cabarets, two musicals (Alex in Videoland and The Golem of Prague), a monologue for Breaking Bread and the black comedy The Man Who Became Santa. He wrote animation scripts for children’s TV with SquareZero, London and researched and co-wrote two Film Australia-ABC TV history documentaries The Forgotten Force and Return to Sandakan. His adult historical fiction novels are Palace of Tears (A&U, 2015 and Harper Collins Germany, 2016), The Opal Dragonfly (A&U, 2018), and Death in the Ladies’ Goddess Club(A&U, 2020). He lived in the Blue Mountains with his family. The Phantasmic Detective Agency is his first  novel for young readers.
Click HERE to find the activities